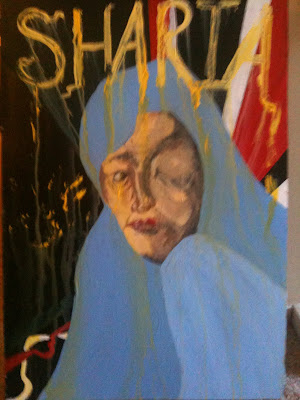 I cam across this article and it inspired this piece.

Posted by Women Against Shariah
Labels: Honor Crime, Honor Killing, Murder, Oppression of Women, Pakistan / Comments: (0)
From the Daily Times (Pakistan):ISLAMABAD: A 17-year-old girl, Sania, was murdered in cold blood for honour after marrying a man of her choice just a month ago.

According to Nelor police, Sania, a resident of Village Tumair, ran away with Hamayun Khan to married him. Her uncle Hameed Khan was threatening them, they said. He then called a Jirga, which decided that no one will kill Sania and she was brought back to her father’s house.

On Wednesday, Hameed Khan shot her in head and ran away. Police shifted the dead body to Pakistan Institute of Medical Sciences and registered First Information Report on behalf of Sania’s father against her uncle.

According to sources, Sania’s father will forgive his brother in the court thus setting the killer free.

Station House Officer Fazalur Rehman said it is an honour killing case and the police cannot register an FIR against Jirga members because Sania’s father has not named them.
Posted by hendrick at 3:07 PM 2 comments:

Email ThisBlogThis!Share to TwitterShare to FacebookShare to Pinterest
Labels: Where is the Honor in Killing? 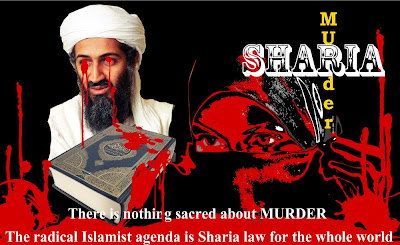 This is my art. Before I start hearing it I am not a racist just sick of sitting back seeing my world being impacted by Radical Islam. We are getting to a point of no return. It is time to say enough is enough and there is nothing sacred about murder and torture. I want to feel safe again and this is my way of saying I WILL NOT STAND FOR HATE.
Posted by hendrick at 2:59 PM No comments:

hendrick
i am a young artist who has had enough. this is my way of saying no against radical Islam. i am sick of being afraid in my own country. time to take a stand and my art is my stand. this is not hate this is saying how i feel.